Since her sinking five years ago, a great number of divers have explored the Kittiwake Wreck, one of Grand Cayman’s hottest dive sites, but none with the personal connection of Kelly Stuart who dove the wreck in December. Stuart served as a salvage diver on the USS Kittiwake when she was in active service during the ’70s. The former serviceman made a dive on his old ship on his 60th birthday.

“When I first entered the water I could not see her. As we descended, this dark mass started to take shape, and once I made out the ship, I felt a great sense of nostalgia,” said Stuart, who was hosted by Joanna Mikutowicz owner of Divetech.

“The first thing I did was reach out and touch the gunnel rail, and thought, ‘what a Birthday gift!” he said. Going through the wreck Stuart swam down memory lane – seeing his reflection again on a familiar bathroom mirror; touching the recompression chamber and dive bell that was once his domain and being in the wheelhouse again.

“It was a bit ghostly, but I felt a real sense of accomplishment and pride having been a diver on board her,” he said.

“Shipwrecks are monuments to the sailors who served on them in their glory days, now silent reminders of our seafaring heritage, and of Mother Nature and her occasional wrath,” says Nancy Easterbrook, of Divetech.

This year Cayman is celebrating the 5th anniversary of the Kittiwake and the 20th anniversary of another iconic shipwreck, the MV Captain Keith Tibbetts in Cayman Brac, acknowledging their special places in the exemplary dive product of the Cayman Islands.

“The Cayman Islands Department of Tourism (CIDOT) is honoured to celebrate this significant milestone with our partners in the dive community,” said Mrs Rosa Harris, Director of Tourism. “ The continued health of our marine environment at these unique wreck dive sites is a top priority in order to deliver a quality underwater experience.”

Both wrecks attract divers from across the world. The Capt. Keith Tibbetts is a 330-foot-long Russian frigate once used in Cuba and is now a coral-encrusted shipwreck covered with sponges and home to all kinds of marine creatures. With depths that range from 30 feet near the surface to 100 feet at the seafloor, this multi-level wreck challenges divers of all skill levels.

Five years after it was intentionally sunk off Seven Mile Beach, the Kittiwake is one of Grand Cayman’s most popular dive sites. The wreck dive has received a TripAdvisor® Certificate of Excellence award from the travel website for great customer reviews. 64 feet deep at the bottom and 15 feet from the surface and now teeming with life, travellers say the Kittiwake dive is easy for beginners, but also challenging for experienced divers who choose to explore the ship’s many levels.

Kelly Stuart spent an hour diving his old ship, and as an experienced Navy diver, he’s impressed with the wreck.

“The Kittiwake is the perfect size ship to dive on because it has lots of escape areas so it is very safe for anyone. Even more exciting was to see how the fish and other animals were already using her as a living reef,” he said.

Dive industry leaders who worked hard to bring the Kittiwake to Cayman are proud to see that five years after her sinking, the wreck is living up to expectations.

“The Kittiwake is well known as a new wreck dive in the Caribbean and it draws people to Cayman,” says Red Sail Sports Operations Manager Rod McDowall. “The wreck adds so much to our diving − it offers diversity and rounds out the whole Cayman diving experience. It’s a big, spectacular wreck in clear, shallow water, and the Kittiwake’s got a lot of marine life now living in it. The process of creating an artificial reef has started, there are corals and sponges growing there.”

Cayman has10 named shipwrecks; some were wrecked by natural causes and others, like the Kittiwake and the Capt. Tibbetts, sunk intentionally to create artificial reefs. All contribute to Cayman’s maritime history and marine environment, bringing with them the mysteries and history this is compelling to divers worldwide.

“I dove many sunken ships during my Navy diving career and each time I entered a ship I thought about the sailors who walked the passages and decks,” says Kelly Stuart. “I know first-hand what it’s like to live and work on a ship, so I could almost feel the ghostly presence of the people who served on her. I think that’s the compelling force that excites divers to dive shipwrecks. It’s not a scary feeling, but you get a keen sense of history and nostalgia every time you do it.”

“Undoubtedly, diving in the Cayman Islands is recognised year over year as being the best in the Caribbean, and the wrecks add to the diverse dive offerings our destination provides.  As a pioneer, the importance of diving to the Cayman Islands is paramount to the visitor experience and the CIDOT will continue to promote the sport of scuba diving as an integral part of our strategic marketing focus for the destination,” said Mrs Harris.

Kelly Stuart plans to return soon to make another dive on the Kittiwake. “It should be on top of the list for any experienced diver. It’s a dive you will not forget!”

Visit the Kittiwake during her anniversary year with the Wreck Anniversary Package. 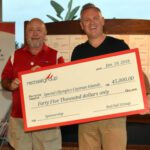 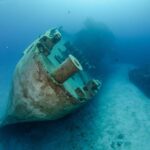 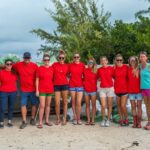 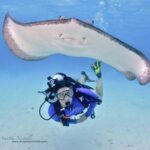 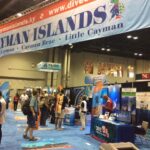 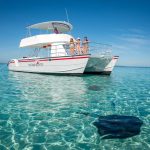 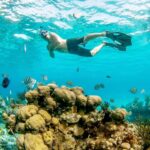 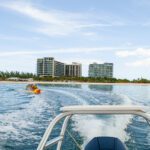